While it is common knowledge that physical exercise is a crucial component of overall well-being, physicians have a hard time convincing patients to take action. It is difficult to self-motivate, whether able bodied or mobility impaired, to exercise in the midst of life’s busyness.  We know there are a number of challenges to beginning a physical fitness plan: hesitation at the discomfort, transportation obstacles, and difficulty accessing the building and equipment.

Dr. Zibin Guo, a medical anthropologist in The University of Tennessee at Chattanooga, believes that the answer to these set backs is simple: Tai Chi.  Dr. Guo says appropriate and interesting exercise is often not available to people with disabilities, but “physical inactivity often further deteriorates the general health condition for these individuals, and it also tends to make them more reliant on professional medical care rather than taking a proactive approach by engaging self-care, including medications to deal with their health issues.”

In an effort to combat that challenge, Guo has a fresh idea: wheelchair Tai Chi. Tai Chi is one of the ancient Chinese martial arts, a noncompetitive self-paced system of gentle physical exercise that Guo has adapted for wheelchair-dependent individuals in the U.S. and China.

Participants can improve their physical and mental health using his holistic approach.  Guo’s technique is benefiting people in Chattanooga, such as a 70-year-old woman who suffered a stroke seven years ago leaving her partially paralyzed and confined to a wheelchair.  She decided to participate in Guo’s study, which is among the first in the country to explore the potential benefits of practicing a simple seated Tai Chi program for people with ambulatory disability resulting from health problems or injuries.  At the conclusion of the classes, her improvement was dramatic: she began walking and treading stairs unassisted, and she began to regain use of her arm.

Fun and engaging, Tai Chi has proved to be a uniquely effective form of therapy for many patients.  It effectively engages the three factors needed to promote health and recovery following a significant illness: physical activity, mental stimulation, and social involvement.  Tai Chi can bolster personal hope and belief that improvement is possible– proof that a simple and inexpensive intervention can help improve a person’s functional status. 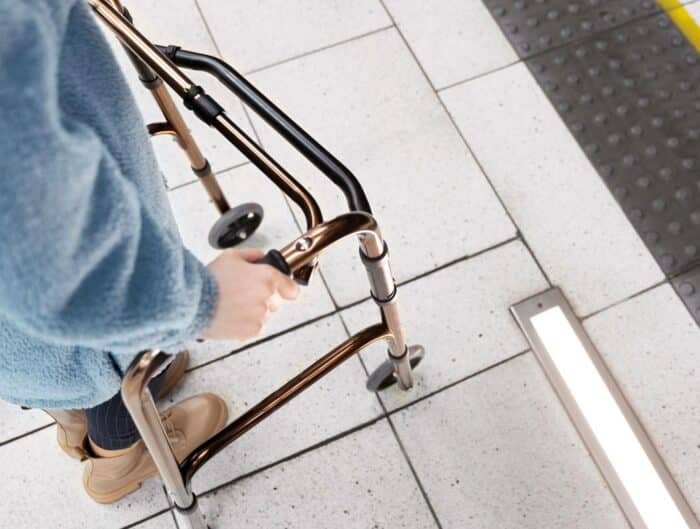 A Chance to Walk Again: Wheelchair to Walker
February 14, 2011